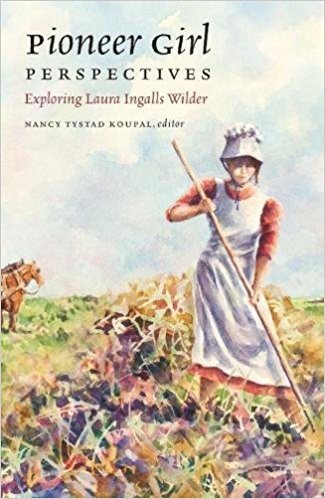 by Nancy Tystad Koupal. Published by South Dakota Historical Society Press; annotated edition edition (May 1, 2017)
Laura Ingalls Wilder (1867 1957) finished her autobiography, Pioneer Girl, in 1930 when she was sixty-three years old. Wilder s vision of life on the American frontier in the last half of the nineteenth century continues to draw new generations of readers to her Little House books. Editor Nancy Tystad Koupal has collected essays from noted scholars of Wilder s life and work that explore the themes and genesis of Wilder s writings. Pioneer Girl Perspectives sheds new light on the story behind Wilder s original manuscript and examines the ways in which the author and her daughter and editor, Rose Wilder Lane, worked to develop a marketable narrative. The essay contributors delve into the myths and realities of Wilder s work to discover the real lives of frontier children, the influence of time and place on both Wilder and Lane, and the role of folklore in the Little House novels. Together, the essays give readers a deeper understanding of how Wilder built and managed her story. Published over eighty years after its inception, Pioneer Girl: The Annotated Autobiography edited by Pamela Smith Hill gave readers new insight into the truth behind Wilder s fiction. Pioneer Girl Perspectives further demonstrates the importance of Wilder as an influential American author whose stories of growing up on the frontier remain relevant today.

This product hasn't received any reviews yet. Be the first to review this product!